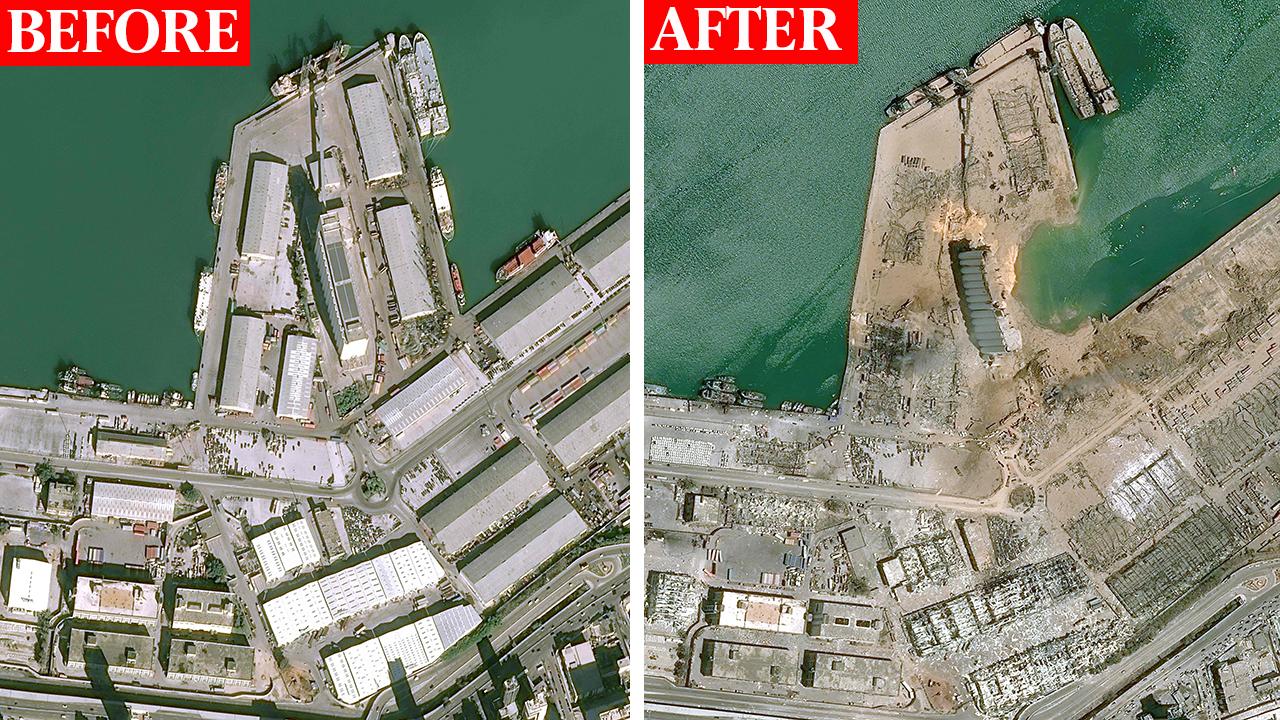 At approximately 6 p.m. Tuesday,  a series of explosions linked to a store of 2,750 metric tons ammonium nitrate, a commodity used in fertilizers, eviscerated Beirut’s port, halting time to a stop in an instant.

Seven ships were at the Port at the time of the blast. The vessel schedule shows the arrival of the CMA CGM Lyra this past Tuesday as pending. The Lyra, in fact, was in port and only about 1,640 yards from the explosion site, but the container ship, with a capacity of 11,400 twenty-foot equivalent units (TEUs), was not damaged, according to the CMA CGM Group.

According to Lloyd’s List Intelligence, the port saw 610 vessel calls last year, 150 of which were fully cellular containerships. The port's container terminal handled 1.2mTEU in 2019 and will struggle to replace that capacity at alternative ports.

CMA CGM will establish a logistics hub in the Northern Lebanese city of Tripoli, according to a press release.  CMA CGM's Beirut headquarters were "severely damaged" in the explosion, and the carrier is still accounting for its 261 port staff.

Hapag-Lloyd’s office was destroyed, with no staff members affected and diverted existing calls to Tripoli, accepting no freight headed to or from Beirut.

An ecological crisis is playing out in the Indian Ocean, where a grounded Panamanian-flagged newcastlemax is spewing bunker fuel onto the pristine shores of southeastern Mauritius.

Wakashio, a bulk carrier owned by Japan’s Nagashiki Shipping, ran aground on July 26, carrying 3,800 tonnes of bunker fuel en route from China to Brazil. A starboard gash through its hull has it leaking significant tracts of heavy fuel oil and poisoning the local environment.

Schools in the vicinity have closed due to the noxious smell coming from the bunker fuel, and nearby nature reserve, Blue Bay Marine Park, is badly damaged with coral and rare turtles smothered in oil.

Local politicians are now calling for international help to contain the damage.

‍Just a little over a month after implementing the new U.S.-Mexico-Canada Agreement designed to lower trade barriers across North America, the Trump administration has decided to reimpose a 10% tariff on Canadian aluminum. Canada has vowed to retaliate with proportional tariffs on U.S. exports to Canada.

Tariffs would apply only to a specific category of aluminum—non-alloyed unwrought aluminum, which refers to unfinished ingots and slabs of aluminum that are then heated and rolled into different products like sheet or shapes of aluminum.

Canada is the fourth-largest aluminum producer in the world, selling to the U.S. for use in defense production, automotive assembly, and beer cans. Many are displeased as the beverage industry alone has paid $582 million in tariffs since they first took effect in 2018.

The implementation of the India Sea Cargo Manifest and Transhipment Regulations (SCMTR), will now be delayed until 30 September 2020.

The Central Board of Indirect Taxes and Customs (CBIC) had earlier clarified below the requirements with regards to Sea Arrival Manifest (SAM) and Sea Departure Manifest (SDM). The Indian Customs has taken many measures towards ensuring the ‘fostering Sustainability for People, Prosperity and the Planet’, and the department had introduced SCMTR (Sea Cargo Manifest regulations) for ensuring minimum use of paper.

The SCMTR is applicable for all cargo to be discharged, loaded or transshipped at any India port and also for cargo transiting via any India port (FROB - foreign cargo remaining on board), digitizing and creating better collaboration and transparency for all. SCMTR is one of the key initiatives to facilitate online clearance at a single point. It allows a trader to submit all supporting documents for clearance of consignments electronically with digital signatures.

With restaurants, schools and offices closed, Beyond Meat incurred $5.9 million in repacking expenses as the plant-based food supplier diverted finished goods inventory from foodservice channels to retail channels.  On Wednesday, Executives explained the write-off on their Q2 earnings as a result of impacts from COVID,  shifting consumer demand from 50/50 retail-foodservice split to an 88% retail and 12% food service.

Don’t forget to check out last week’s news and, as always, come back next week for the following Friday Five Logistics News Roundup!