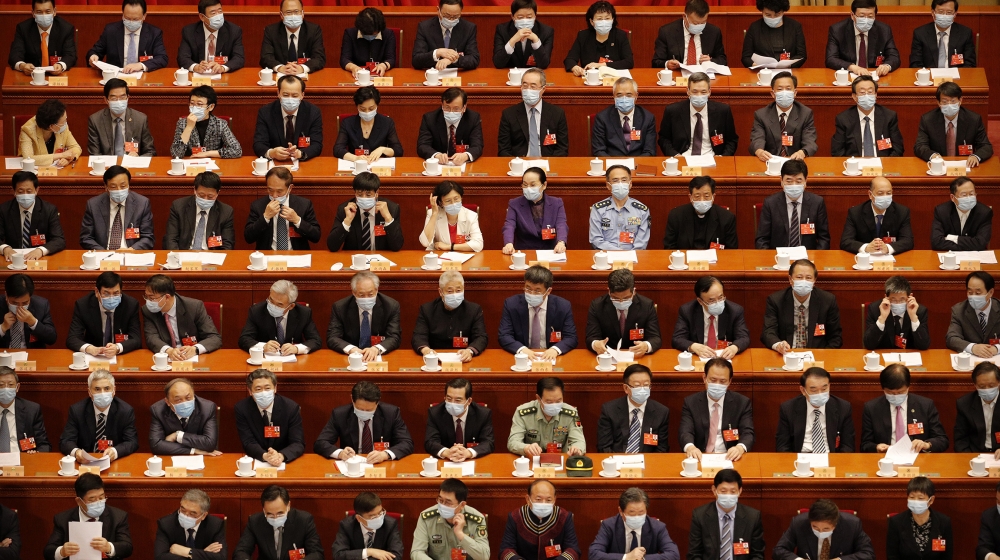 The Friday Five: Chinese Government to Step in on Transpacific

Today, we’re pausing to reflect on two events that forever changed the world:

- It’s the 19th anniversary of the September 11 terrorist attacks, which killed nearly 3,000 Americans.

- Exactly six months ago, on March 11, the World Health Organization declared the coronavirus outbreak a global pandemic. More than 900,000 people around the world have died from COVID-19.

To all those who’ve suffered or lost loved ones in these tragedies, we’re thinking of you and sending strength.
‍

China set to step in and hold down box line rates, with ocean freight 'a global mess' - LoadStar

In an unprecedented move, Chinese authorities are set to interfere in both pricing and capacity management on the transpacific, as rates again soared to record highs this week.

Today, China’s ministry of communications discussed refusing to allow carriers to increase China’s spot rate to the US. They also discussed that suspended sailings must be reinstated from week 42.

Carrier COSCO has already abandoned its planned GRI for September 15, and other carriers are expected to follow suit. For the seventh consecutive week, transpacific trade to the US west coast was above $3,000 per feu. Equipment shortages have also been reported all over Asia.

Struggling to cope with the longer vessels, bigger box ships are exacerbating congestion at Japanese ports.

As a result, to avoid vessels bunching together, Carriers are altering port rotations, with ships being forced to depart earlier than planned.

Vessels impacted in the next few days include the 8,212-TEU ONE Hamburg and 8,084-TEU Conti Conquest, both operating the Far East Pacific 1 service and NYK Diana and Bear Mountain Bridge on the Japan Straits Malaysia services.

As more vessels over 350 meters are deployed on Asia-Europe and trans-Pacific services, they frequently take up two berths at other smaller terminals. The issue has also exacerbated a shortage of container storage space at terminals in Tokyo.

Tesla Inc. plans to ship cars made at its Shanghai factory to other countries in Asia and Europe. Tesla said the move would reduce cost and delivery times.

Tesla will have to ramp up production in China to meet demand in the region, likely to start mass production in the fourth quarter. Currently, the company’s exports are only supplied by its California factory.

The move is a turnabout from the plan Elon Musk communicated when Tesla first broke ground at the Shanghai factory in 2019 when it planned to make lower-priced versions to supply the demand locally. Leading some analysts to conclude Tesla’s pivot to export from China and its build-up of inventory may signal demand is below capacity.

Tesla shares, which have soared more than 340% this year, rose 3% at the open of regular trading Friday.

Fire Breaks Out at Beirut Port Weeks After Explosion - WSJ

On Thursday, a massive fire broke out at Lebanon’s main port, sending up a plume of smoke near the site of the massive explosion that devastated a swath of the country’s capital and killed nearly 200 people.

The August 4 blast injured more than 6,000 and left thousands of homes in ruins. An assessment conducted by the World Bank estimated the explosion’s damage to be as significant as $4.6 billion, with an additional $2.9 to $3.5 billion incurred in economic losses in the blast’s wake. The original blast at the Port of Beirut was believed to have been caused by 2,750 tons of ammonium nitrate that had been stored in a warehouse for nearly seven years after it was unloaded from a leaking ship.

Amazon is expanding its partnership with department store chain Kohl's in a big, new way. Reportedly, Kohl’s will allow an Amazon grocery store to occupy space in an existing Kohl's store in La Verne, California.

The La Verne store will be separated from Kohl’s by a dividing wall and will lease approximately 37,000 square feet of the 88,000 square-foot space owned by Kohl's. The department store chain has been testing the right-sizing, side-by-side concept at a number of its stores.

Kohl's had had a relationship with Amazon since 2019 when the retailer began accepting Amazon returns at its more than 1,100 stores.

Kohl’s has faced an excess space issue for years before the coronavirus pandemic onset, so this is a win-win in reducing space and increasing foot-traffic.