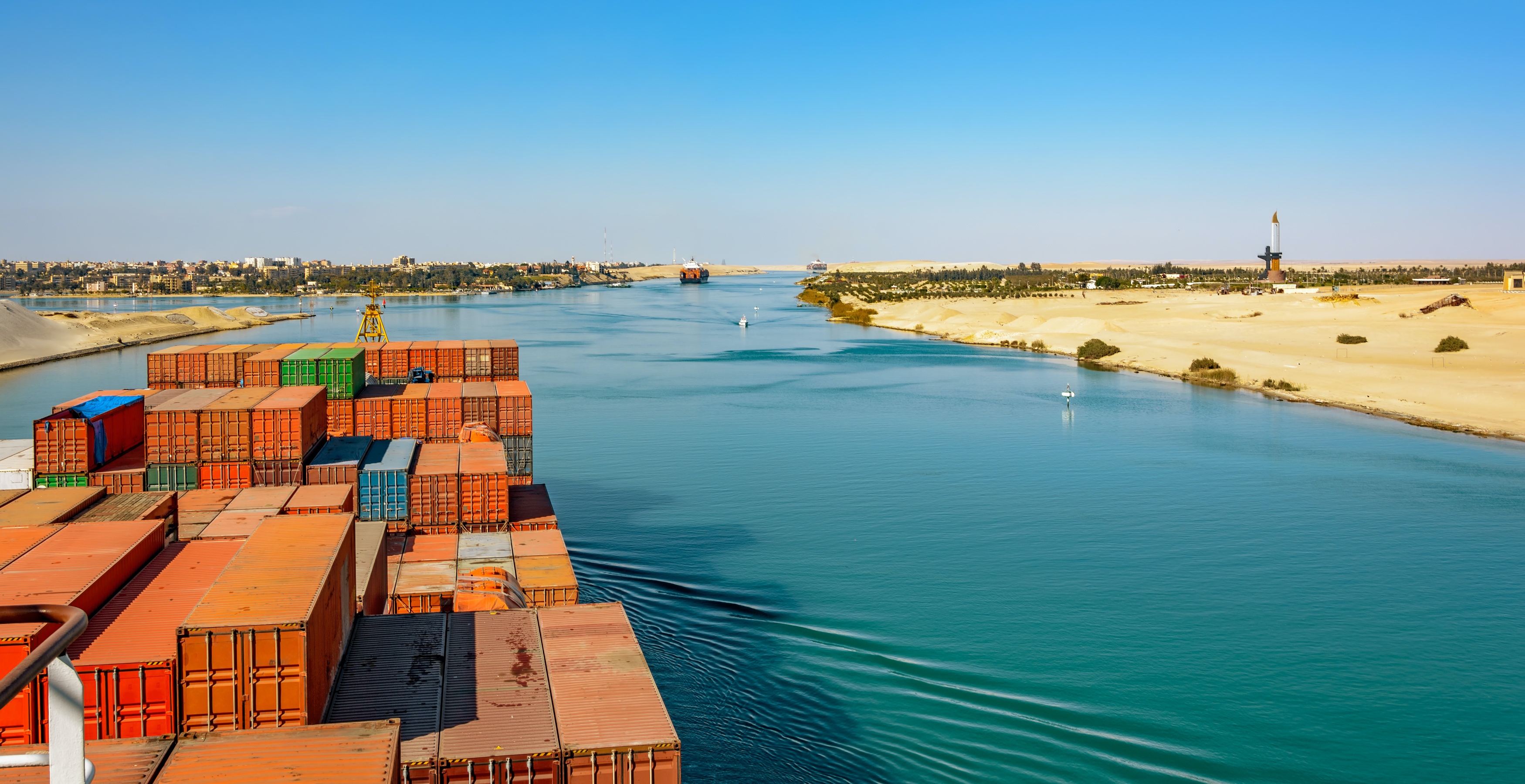 The Friday Five: Has anyone Ever Given logistics this much grief?

In this case, the stream is the Suez Canal and the disruption is the 20,000 TEU container vessel Ever Given, and it’s captured the hearts and memes of just about anyone who’s ever felt the crushing weight of becoming your own worst enemy. Yes, we can all relate.

The Ever Given reportedly fell victim to sandstorms while sailing the Suez Canal Tuesday, March 23, turning sideways as high winds pushed its bow into the sandy shore. It’s been there ever since. And as tractors and tugboats have worked to dislodge it ever since, Business Insider, citing a LLoyd's List estimate, reports that the blockage of the critical trade route is costing as much as $400 million per hour as maritime traffic builds up on either side.

Carriers have a complex system for planning their service networks and schedules. If this is a three- or four-day issue, it could sort itself out fairly quickly. If this drags on over time, we could see a severe knock-on effect that will ripple all the way up the supply chain. In that scenario, there aren’t enough hours in the day for logistics operators to make up for lost time servicing shippers who are all fighting for the same limited resources and capacity.

One could easily point to the need for supply chain visibility, but in this case just about everyone can see the problem. It’s highly likely that shippers moving cargo from East Asia to Europe are right now sending frantic emails to their LSPs and carriers to confirm whether or not their cargo is affected, leaving those service providers to sort through piles of messy data and communications and take action based on what might or might not be delayed.

As of this writing, the Ever Given is still stuck in the Suez Canal with an unclear timeline and process for when and how it can be dislodged, and uncertainty hanging over what happens next.

But in the meantime, at least we have all those memes. And lacking any better ideas, we can always turn to the next generation of supply chain leaders to get us through it. Yes, Oliver, age 6, maybe they should just push the back until it’s free and can float away. After all, it works with sticks.

It’s no secret that the movement of massive amounts of heavy freight around the globe produces massive amounts of CO2. The question is how logistics service providers can address it as more shippers and consumers set their sights on a more sustainable future.

In this instance, DHL is answering the call by committing 7 billion Euros toward climate-neutral logistics between now and 2030. Logistics Manager reports the mega-LSP will apply those funds toward science-based targets, funding things like alternative aviation fuels, vehicle electrification, and green buildings. That investment could go a long way to helping the German company achieve its stated target of zero emissions by 2050.

"As the world's largest logistics company, it is our responsibility to lead the way and guide the logistics industry into a sustainable future. We are turning our yellow Group into a green company and making an important contribution to our planet and society," Frank Appel, CEO of Deutsche Post DHL Group said in a press release. "I am convinced that by focusing even more on our ESG goals, we will remain the first choice for customers, employees and investors — and thus lay the foundations for long-term economic success."

Although electrification isn’t yet possible for long routes and air cargo, DHL aims to electrify 60 percent (or about 80,000) of its last-mile delivery vehicles within the next nine years. About 18 percent of its delivery fleet was electric in 2020.

The company goes on to acknowledge that, in addition to environmental sustainability, it is also making a commitment to greater inclusion and diversity among its executive ranks. It aims to increase the portion of female leaders within the corporation from about 23.2 percent today to more than 30 percent by 2025.

It’s not just LSPs and parcel delivery services making bold moves toward decarbonization in 2021, but carriers too.

“We will continue to lower our carbon footprint and we will be transparently measured against it – year after year,” Mark Frese, CFO of Hapag-Lloyd AG, said in a press release. “With our new sustainability target, we are setting a clear goal for our level of CO2 intensity by 2030. This will likewise be an integral part of our expanded sustainability strategy, which we will be publishing later this year. At the same time, with the planned sustainability-linked senior note, we would like to gain additional momentum in our green financing activities.”

Inside the now-booming business of building container ships [FreightWaves]

If there’s a common theme over the past six to eight months, it’s that there aren’t enough ships (or containers) on the sea to service the sustained surge in demand for imports that arose as the world adapted to a world filled with COVID-19.

In response, FreightWaves notes there has been a relative boom for container-ship newbuild orders placed in the final quarter of 2020 and the first quarter of 2021. The surge of new vessel orders runs counter to the historically low number of orders that were happening prior to the pandemic, when capacity was more readily available and container rates weren’t so high.

FreightWaves’ analysis points out that concern over future emissions and sustainability standards could represent one possible reason for the previously low demand for new ships. Another factor might also be preference for vessel size. The article points out that new orders were either for very big megamax vessels (18,000 TEU capacity and higher), or small ships with a capacity of 2,500 TEU or less.

Knee jerk reaction, or an indication that increased demand for global imports is here to stay? Only time can tell.

Second verse, same as the first?

In perhaps the most dire of warnings about the state of logistics this week, Bloomberg points out that a leading supplier of wood pulp has sounded the alarm that sustained container shortages could lead to shortages in the raw materials manufacturers need to make paper products. That is to say, we’re heading up the creek without any toilet paper.

Oh no. Not again.

The story is a little more complicated than it seems. The supplier, Suzano SA, largely depends on breakbulk — those old-fashioned freight vessels that carry non-containerized cargo. However, demand for container shipping is so high that breakbulk is now starting to handle some of the load.

In a world where many people are still working from and spending leisure time at home to limit the threat of exposure to a highly contagious disease, demand for common household products like toilet paper remains fairly high. And while shortages of supply and capacity in other sectors like microchips have limited the availability of luxuries like new vehicles or a Playstation 5, we can all agree that we’d rather not run into a new wave of shortages for the most personal of paper products.

Here’s hoping an accelerated recovery and widespread availability of vaccines helps us flush away those concerns sooner rather than later.