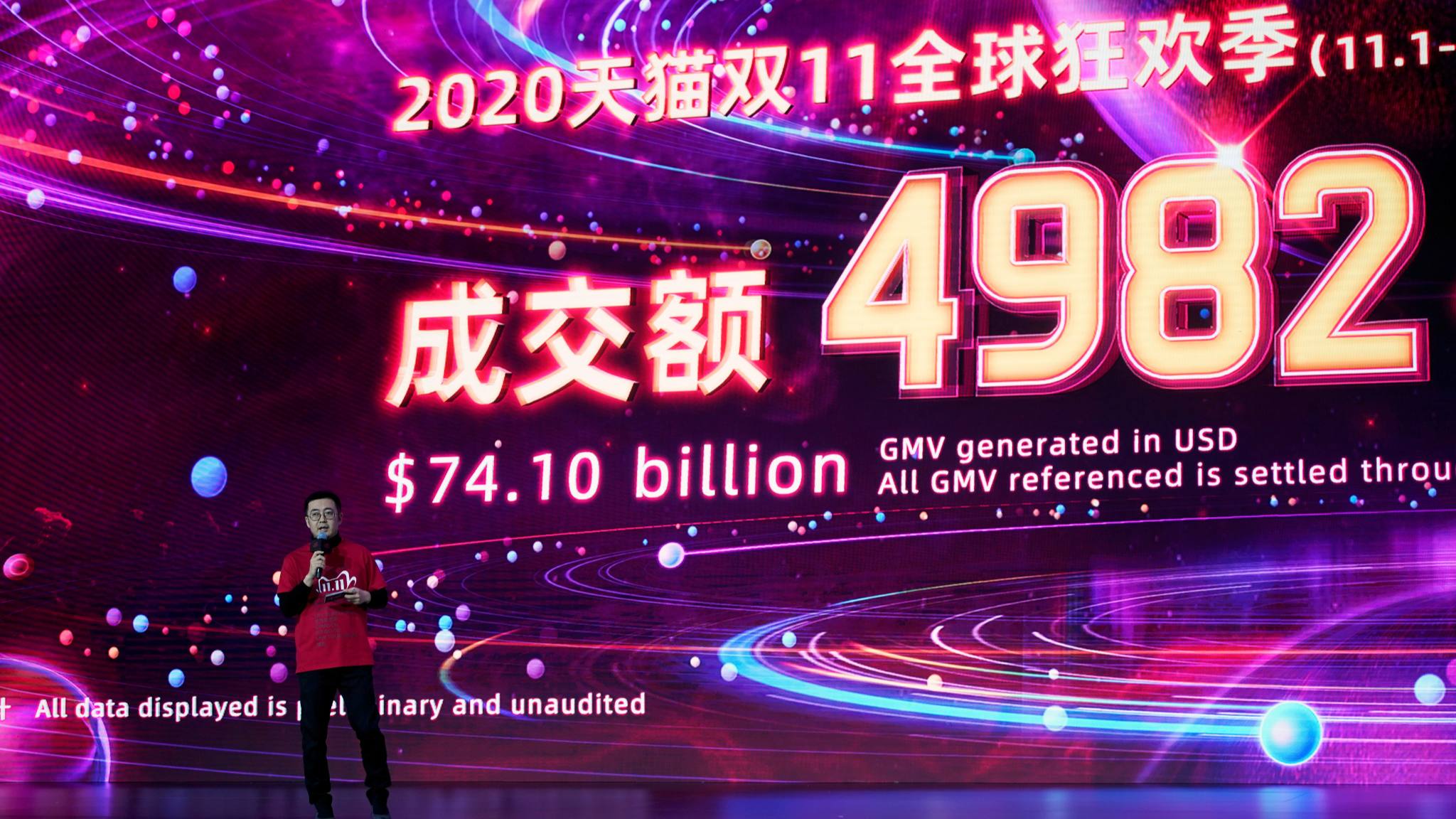 On Nov. 11, also known as Singles Day, Alibaba Group Holdings, the Chinese technology giant, said it had raked in the equivalent of a record $75.1 billion. That’s a 26% increase over last year's event, the company reported. "China's economy has seen a strong recovery, and Chinese consumers' purchase behaviors have already returned to pre-pandemic levels, if not higher," Forrester analyst Xiaofeng Wang said.

This year’s event drew consumers looking for steep discounts and those splurging on luxury goods instead of taking overseas vacations in this pandemic-wracked year.

Singles Day was originally conceived as a lighthearted holiday for Chinese to celebrate their unmarried status. Alibaba has over the past decade turned it into China’s biggest shopping bonanza, generating more revenue than the U.S.’s Thanksgiving, Black Friday and Cyber Monday events combined, according to data from Adobe Analytics.

Volga-Dnepr AN-124 damaged in emergency landing at Novosibirsk - Loadstar

On Friday, Russian all-cargo airline Volga-Dnepr Group confirmed that a massive An-124-100 freighter made an emergency landing and rolled off the runway after experiencing technical issues on takeoff and returning to the airport in Novosibirsk, Russia. None of the 14 crew members were injured.

The plane was operating under a charter from Seoul, South Korea, to Vienna, with 84 tons of automotive spare parts, and made a technical stop in Novosibirsk.

Russian news sites and aviation safety bloggers said the roll-on/roll-off freighter experienced an unexpected failure in one of its four engines during takeoff. One report said a piece of engine shrapnel fell through a warehouse roof west of the airport, but no one was hurt.

Most agree, 2020 has been a year unlike any other. On a media call earlier this week, executives from DHL said that trend will translate over to peak shipping season as well. The company executives are predicting 50% growth on inbound, 30% on outbound, primarily on their e-commerce volume.

DHL is expecting December 21 to be its peak delivery day, representing a 30% increase in pick-up and delivery than compared to a typical peak, with Black Friday and Cyber Monday pegged to be up 45% annually.

The company has added 3,000 jobs, opened six annex facilities to give spillover capacity in Dallas Fort Worth, Atlanta, LA, NYC Chicago and Phoenix and brought in four additional B777 freighters, with plans for two more, coupled with changes to its network to continue to provide service to the 220 countries and territories.

Amid rising Covid-19 cases in the U.S. Grocery stores are reinstating purchase limits on items like paper towels or soap as consumers prepare to hunker down. Stores also are reporting new shortages in staple cooking ingredients like butter and spices.

Retailers say hoarding levels won’t come close to where they were in the spring as consumer’s pantries are already stocked. However, lessons learned, they are already bringing back purchase limits on some items and carrying substitute products for others.  Retailers said they still aren’t receiving their full orders of baking items, soup and other fast-selling products.

Cleaning wipes never recovered stock and are expected to remain scarce into 2021. Spiking now, sales of frozen foods, including meals and snacks, jumped in grocery stores for the week ended Nov. 1 compared with a year ago. The new demand is partly driven by consumers filling up secondary freezers they bought during the pandemic

On Thursday, Walmart announced it expects to save time and spend less on transportation by creating 42 pop-up sites at regional distribution centers that will handle as much as 30% of holiday e-commerce orders and ship them to stores for last-mile delivery, rather than using UPS and FedEx to send goods from larger fulfillment centers. "It's faster and more cost-effective to build code than it is to build and permit a building," Walmart spokesperson Ravi Jariwala said.

The "pop-up" model provides flexibility to the company's fulfillment capabilities and allows it to increase capacity when it is experiencing peak-level volume.

The regional distribution centers usually ship pallets of goods to stores and not individual SKUs to a consumer's home. Now the locations will handle both tasks and Walmart expects 30% of its holiday volume to be shipped from the pop-up locations.